Twenty-five hundred years ago, the Greek philosophers set the foundations for the next two thousand years of Western philosophy. As they looked at the material world around them, they recognized that things were constantly changing and deteriorating, and yet they somehow still maintained their identity. People, animals plants and objects came into existence, changed over time and eventually passed out of existence, but their categories still remained.

For Plato, this led to the idea of the ‘forms,’ a set of timeless, immaterial patterns that functioned as organizing principles for the material world (think of the connection between math – a science of the mind – and physics – a real world science.) With time, his concept of the forms evolved into the ‘God’ construct which became the cornerstone of all intellectual endeavor from then on. Human knowledge was possible because the ‘God’ organizing principle made it possible. The immaterial soul of human beings was created pre-programmed with the structures of knowledge like a modern computer is pre-programmed with a basic operating system when sold. We could learn because we were recalling what had already been implanted into our minds. Because of this, our mental speculations were considered fairly trustworthy.

Fast forward to the last few centuries. Descartes comes on the scene and recognizes that the only thing we could be truly certain about is that we ourselves exist. Everything else could be an illusion manufactured by our minds or some evil demon. In this realization he shifted the cornerstone of knowledge from God to self. As the Scientific Revolution was taking place around the same time, it became more and more apparent how prone to bias we really were. An effort was thus begun to reconstruct human knowledge by starting with a very basic set of foundational assumptions and then accepting as ‘knowledge’ only that which could be verified through a rigorous scientific process.

That basic set of foundational assumptions is known as ‘properly basic beliefs.’ It is a set of beliefs that we must hold as fact in order for it to be possible for us to hold any other beliefs as fact. Descartes’ ‘I think therefore I am’ does not provide sufficient grounding for the development of knowledge, since any belief we hold beyond that could be an illusion. We must therefore take an intellectual leap and assume also that other minds besides our own exist, that the world around us is real, that there’s a correspondence between this real world and our mental perception of it and that our reasoning ability is relatively trustworthy. Without such basic assumptions, we would be unable to consider any other beliefs to be reliable. But nothing beyond this very basic and unavoidable set of assumptions should be accepted without adequate proof.

This skeptical hesitancy regarding knowledge was then applied to the God construct as well. The existence of God is itself a claim that goes beyond what is properly basic and must therefore be demonstrated through typical scientific rigor, absent which the idea can be ignored/dismissed. But such undeniable evidence could not be provided so what was once the cornerstone of all rationality was now relegated to myth status. Because this modern philosophical framework proved incredibly successful (took humanity from the Stone Age to the Space Age in two centuries,) it became the bedrock of modern society.

The scientific method itself, aka Methodological Naturalism, was not inherently atheistic. Yes, there was an assumption of naturalism out of methodological necessity, simply because science requires the formulation of testable predictions that can then be analyzed through experiment and you cannot make predictions regarding something you know nothing about (i.e. the supernatural.) But a naturalistic metaphysic was not also necessitated. None the less, the scientific process was developed on top of the modern philosophical framework described above that treated metaphysical naturalism as tentative until proven otherwise. Because of this, no serious effort was placed into figuring out how the scientific method would interact with a reality that is not 100% naturalistic.

So what is the philosophical flaw in all of this? It goes back to the minimal set of properly basic beliefs that form the foundation of the modern philosophical framework. These beliefs cannot be taken on their own as brute facets of reality the way they were taken in early modernity. If we take for granted that other minds exist, that the material world exists, or even that we ourselves exist, we must also take for granted one more thing: that there must be an explanation for why they/we exist. The collection of viable hypotheses for why all this exists must, as a whole, also be properly basic. The God construct is not itself properly basic (as Plantinga argues) but the God/Supernatural hypothesis along with the Naturalistic hypothesis are jointly properly basic until one can be fully dismissed in favor of the other. Theism/Supernaturalism and Atheism/Naturalism can both therefore be rational at the same time, at least for the foreseeable future.

What this means is that, while the ancient philosophical framework is no longer defensible, the modern framework is deficient as well. And no, we don’t therefore need to abandon ourselves to postmodern oblivion. However, a correction must take place within philosophy in general and the philosophy of science specifically, to account for the fact that Naturalism can no longer be treated as the tentative metaphysical default for science. We must seriously consider the implications of a less than 100% materialistic universe while being careful not to slip back into pre-modern thought patterns that can weaken the scientific enterprise. Another philosophical/scientific revolution is looming on the horizon. 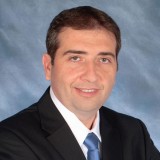 Pastor Mike has spent much of his life trying to make sense of the confusing landscape that is Christian theology: to understand why so many conflicting and even mutually exclusive ideas can exist under the same auspices. He has come to believe that it is due to unavoidable margins of error that exist at the intersection of theology, philosophy and science, limitations that should encourage us to greater humility when it comes to the confidence we have in what we as human beings know and can know.